Enter our 4th camping trip with kids for our daughter's 4th birthday. Experiencing the outdoors and nature is an important part of our family’s culture. My husband and I grew up camping, relishing fond memories of campfires, hikes, and exploring areas less traveled. The kids will have a birthday party every other year, so for M, this was an off year. In January I decided I wanted to go back up to Woods Canyon Lake just east of Payson, Arizona. The Spillway Campground is very popular as it is one of the few locations in the state within walking distance to water.

On the 21st of January I set an alarm, woke up early and managed to book 2 sites next to each other, and along the rocky slope rather than next to the water. As the kids get older and learn to swim, I will aim for the sites close to the lake, but for now, we are absolutely content to be along the backside of the campsite.

When I booked the sites, I never imagined so many friends would want to join us! Our friends who live in Payson (The lovely and wildly talented Rebekah Sampson Photography) were excited to go with us again. Her best friend and her family joined. My best friend and her family joined, and our neighbor (who had never camped before) joined! It meant a lot to have so many families come together to experience the lake and an outdoorsy weekend.

The drive up brought several monsoon storms dropping buckets of rain around us. We were hopeful we had missed the downpour, but as soon as we pulled up to the campsite, it began to pour! We waited it out for a little while, then set up as soon as the rainstorm lightened up. The kids enjoyed splashing in the puddles and getting muddy while the adults worked to set up camp.

Spillway was packed, there was not a vacant campsite and the majority of campers had recreational vehicles. There were a few tents scattered about. As soon as the sun broke through, the woods were filled with laughter, campfires and sounds of kids playing. The rain is a good thing because we were able to have a campfire. Ironically the first night, the kids claimed the fire, roasting hot dogs and making s’mores. For once I didn’t return home with bars of chocolate and half a bag of marshmallows.

A downside to camping at a developed site is how close your neighbors are. We heard a couple arguing, and my family was guilty of having a screaming baby for the whole night. Yes, we were THAT family. The family with the baby who decides that midnight is the best time for a scream-fest. I tried my best to help him calm down, but he wasn’t having it. By the time the sky began to lighten, I took CJ out of the tent and walked around with him. I was glad we weren’t the arguing couple though, I will take the screaming baby over an embarrassing public argument any day.

It was so quiet that morning. We even heard coyotes howling to each other in the distance. CJ pointed and in his toddler-speak said, “what’s that?” He was calm and content to be held. I wished I had thought to bring my camera, but lack of sleep has a way of clouding judgement. We walked down to the water, observed some early-morning fishermen set up along the shore. As the sun rose, I looked out to the northside of the lake and a rainbow appeared. I felt like it was a little blessing shining down on us. The sky turned from purple, to pink to orange, and a mist rolled off the lake. No camera! Mental pictures were taken. I was just thankful CJ found contentment in nature. We watched eagles as they dove down to the water to catch fish and fly back up to their nests. These are the moments I live for while camping. Moments that remind me how small I am, and how fortunate we are for the world we live in. To share it with my son made it more meaningful.

Some of the kids caught fish that morning, and M got to observe her new best friend cleaning the fish with her dad. M was afraid of the crawdads, but she was brave and touched the fish. She thought it was silky. We took the kayaks out on the water, but CJ wasn’t having it. Luckily I was able to sneak away with the girls for a quick jaunt on the lake. Peace at last.

For M’s birthday I baked brownies and cookies to share… she was pretty tired by the time I lit the candle to sing to her, and she screamed at me that she hated brownies while we sang. AWESOME. Crank-a-saurus. I had to laugh. This is what parenting is about, you take the good with the bad, and other parents just seem to understand. I can’t wait to show her the photos when she is older. Remember that time you screamed at me for making you birthday brownies and cookies?

My sister sent a hammock for my birthday and it was a huge hit. Secured between two towering Ponderosa pines, the kids took turns swinging, and pushing each other. Julia’s family brought a Ninja Warrior adventure course, and we had families from other campsites stopping by to try it out. M loved exploring with the bigger kids. They spent ours exploring the hills by the campsite, and fortunately no one was lost.

The second night of sleep was slightly better, but a car alarm went off, more arguing from our neighbors, and more crying from our son. The lack of calm had me walking around with him again, but this time I remembered my camera. No rainbow, or brilliant sunrise, but it was still calm and I managed to snap some candid photos of my baby boy checking out the woods.

When we returned to the campsite, the kids were quietly watching a family of elk pass through. There were even a few babies with the mamas and a large buck led the way. Again, one of those moments you pray to have while camping. A chance for the kids to see what nature is all about. We managed to get out on the water again, and this time both kids fell asleep, CJ in dad’s kayak and M in mine. They were exhausted. So were we.

By the time we were packing up, the storm clouds were rolling in and a shower greeted us as we rushed to tether down the items in our truck and re-attach the trailer. We took State Route 260 home and enjoyed the scenic landscape and several more monsoon showers as we descended into Phoenix. I love camping, but there is nothing like your own bed. All 4 of us slept so well that night. And Sheba was thankful to have us home. So thankful she peed with excitement in the garage when we arrived.

Thank you to our friend and their kiddos for such a wonderful weekend. 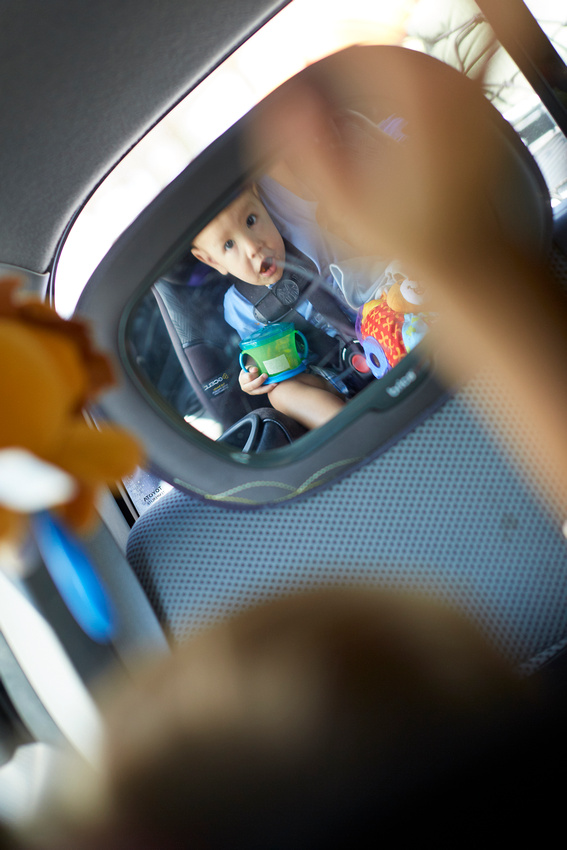 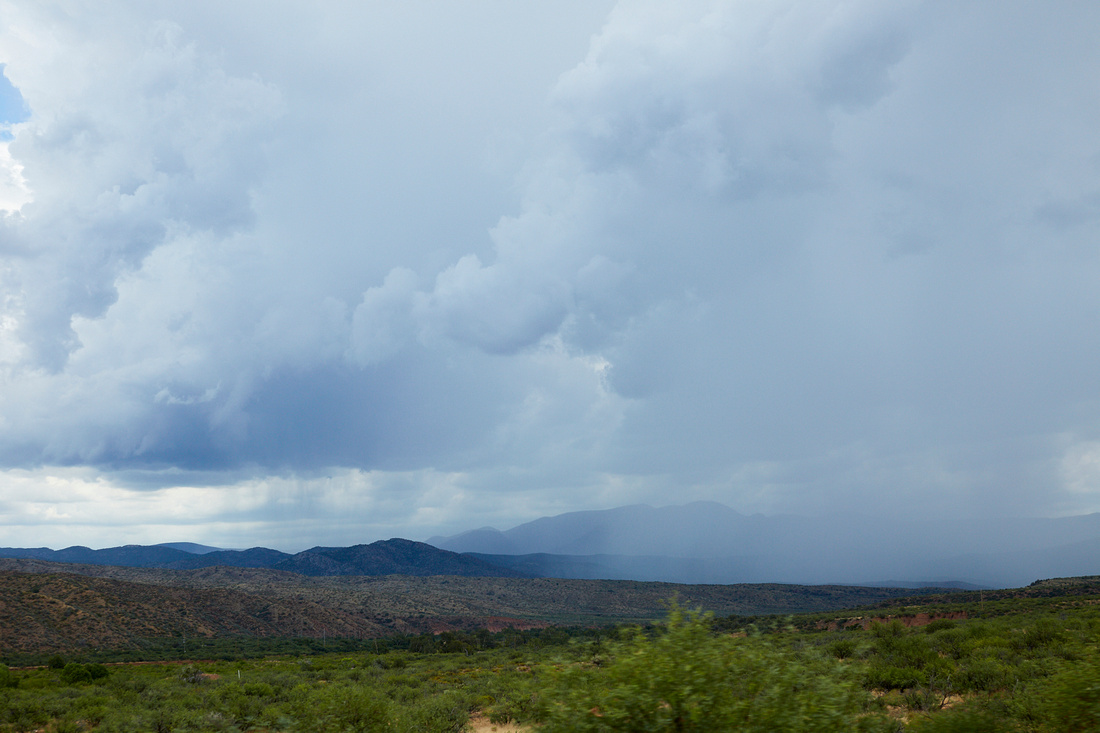 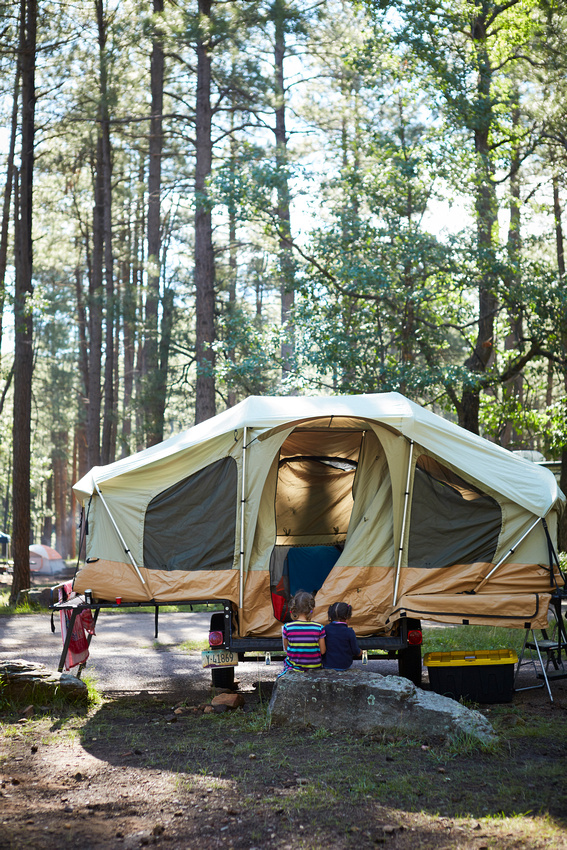 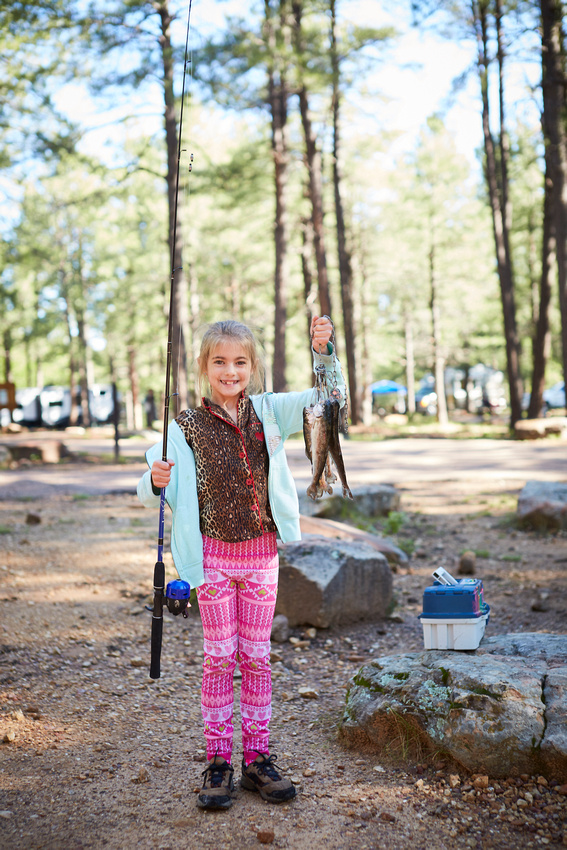 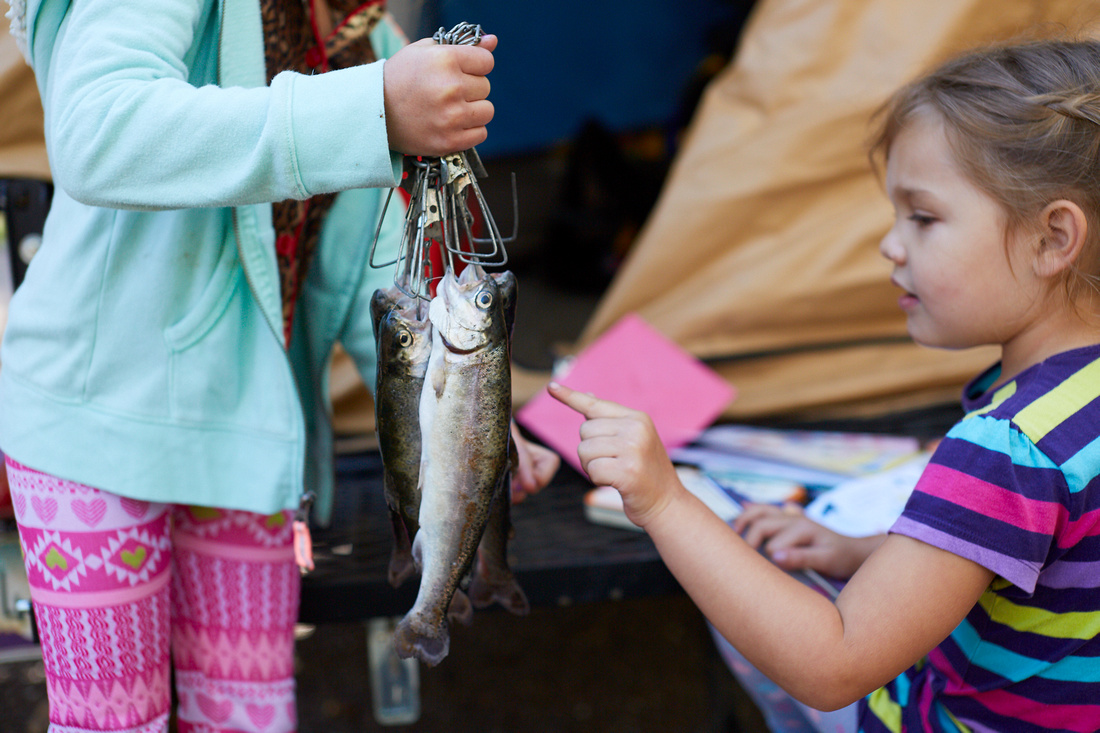 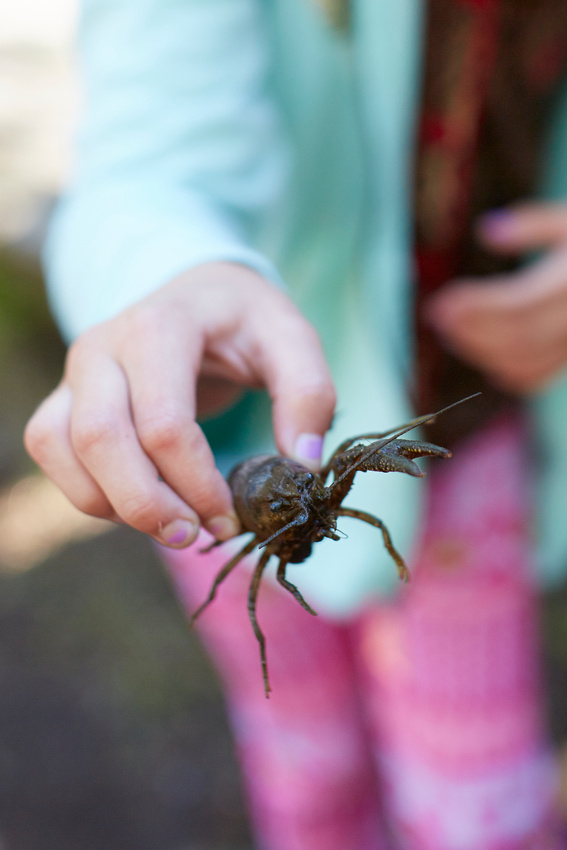 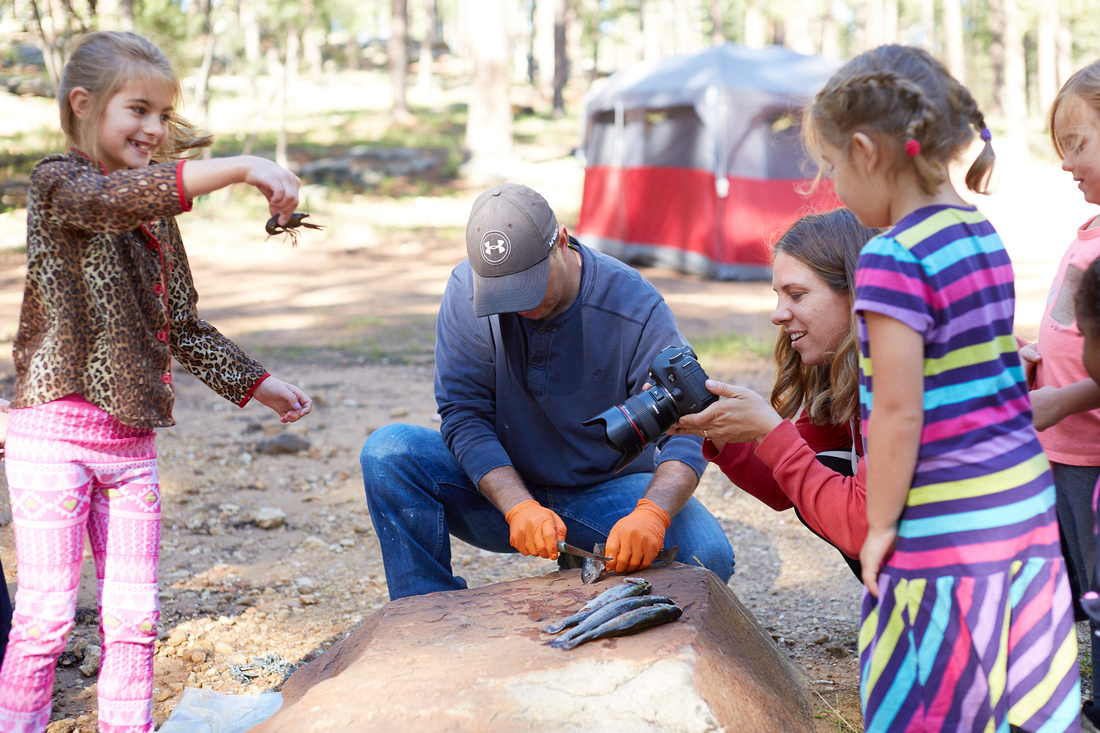 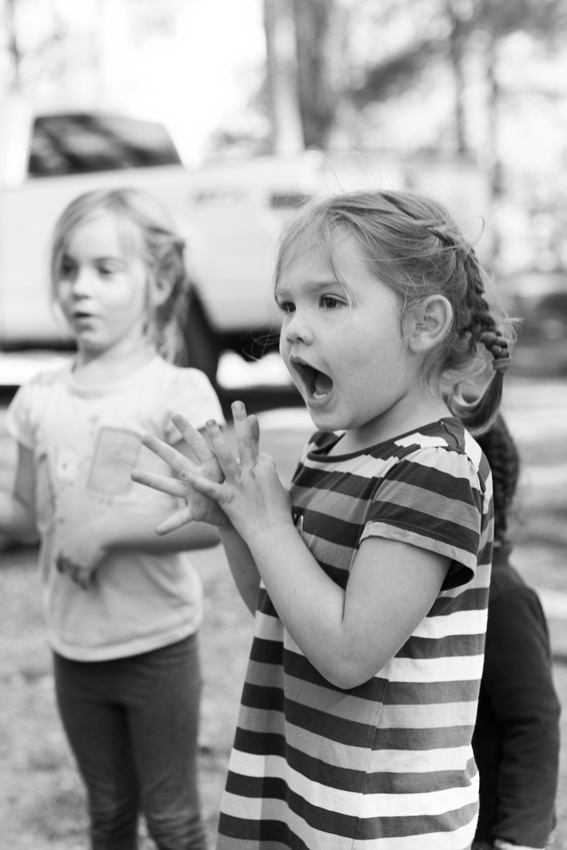 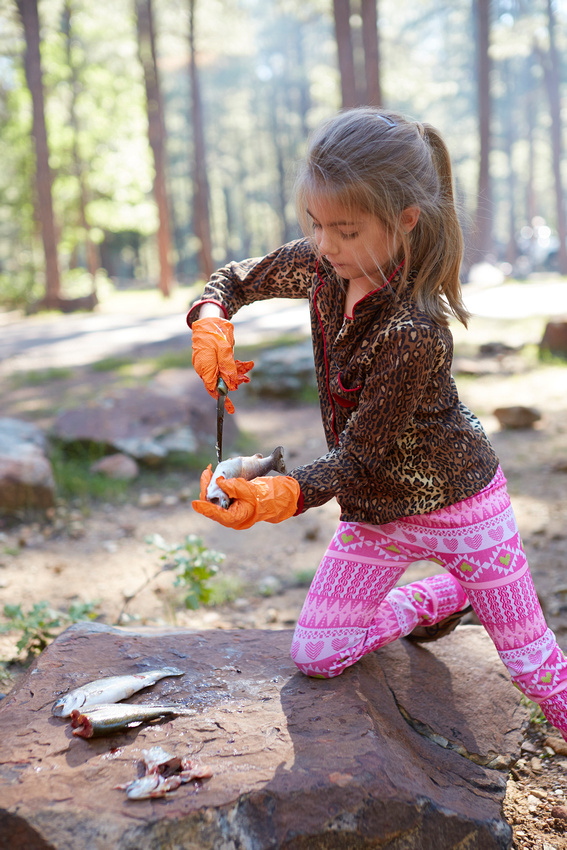 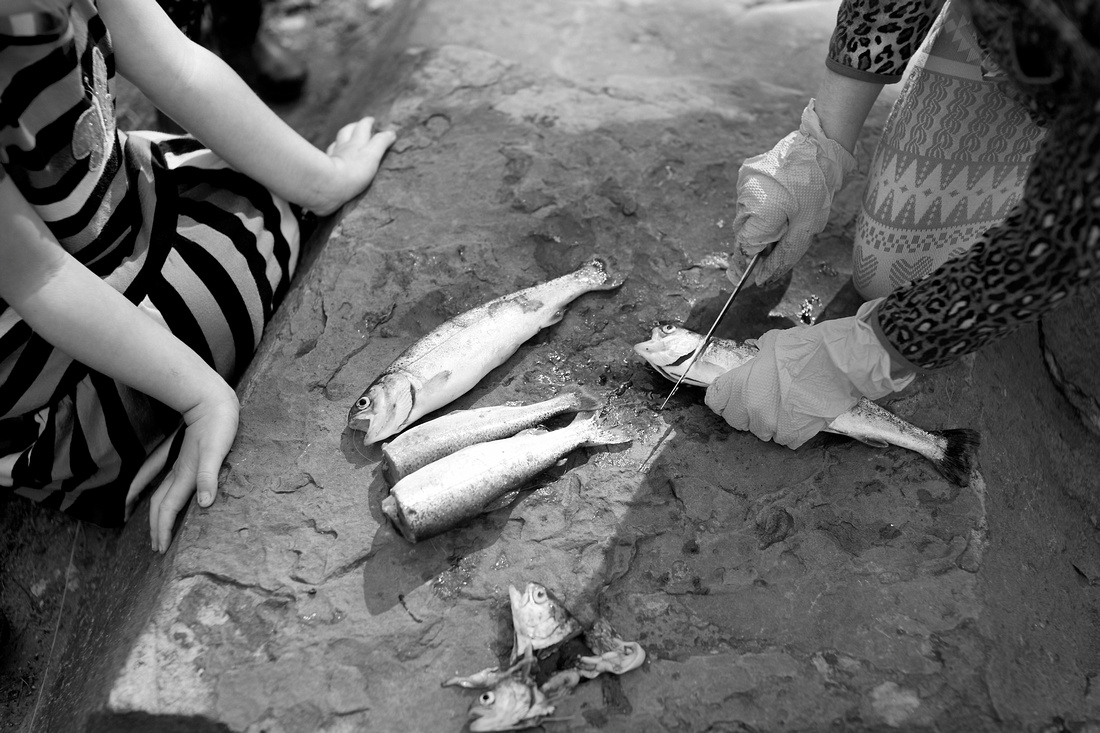 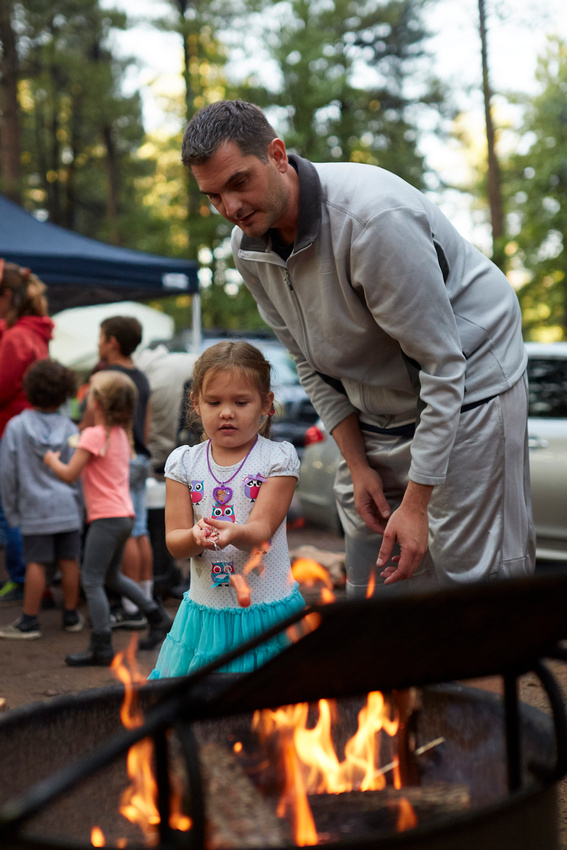 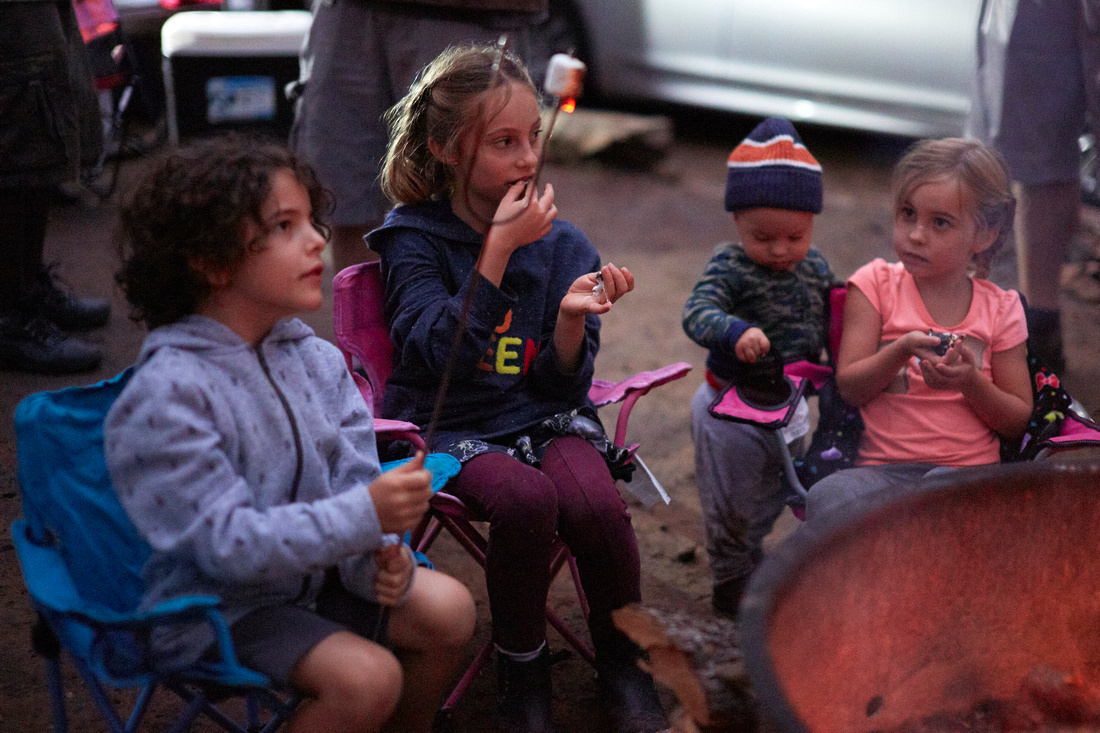 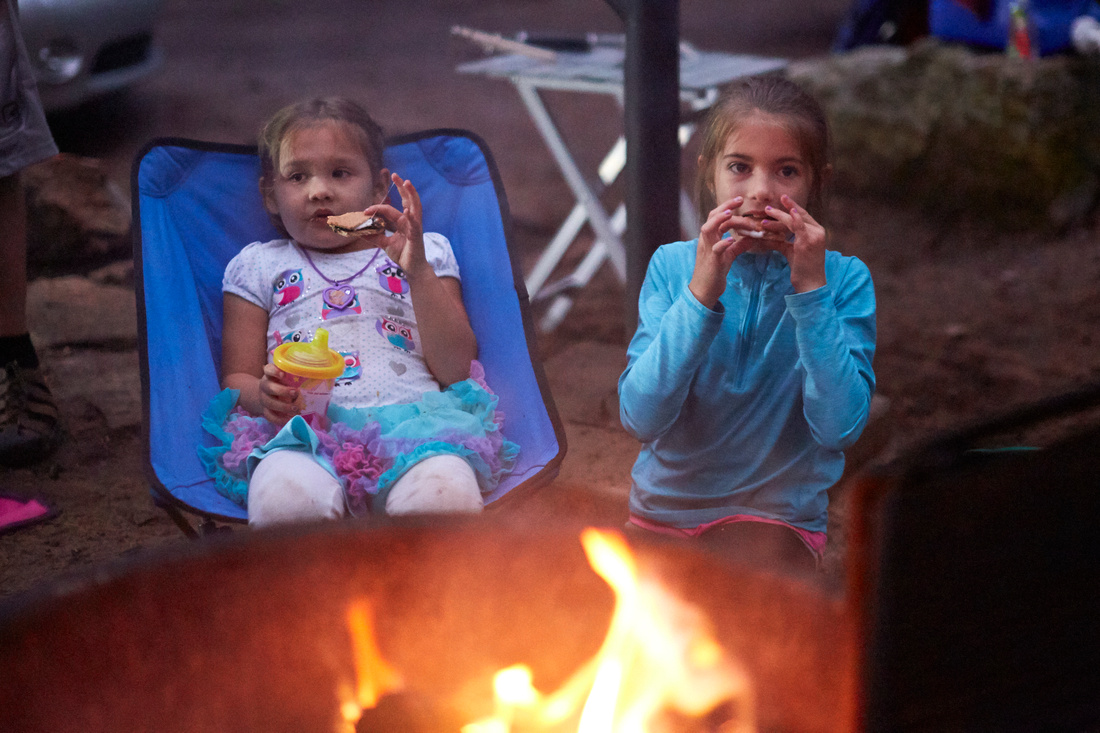 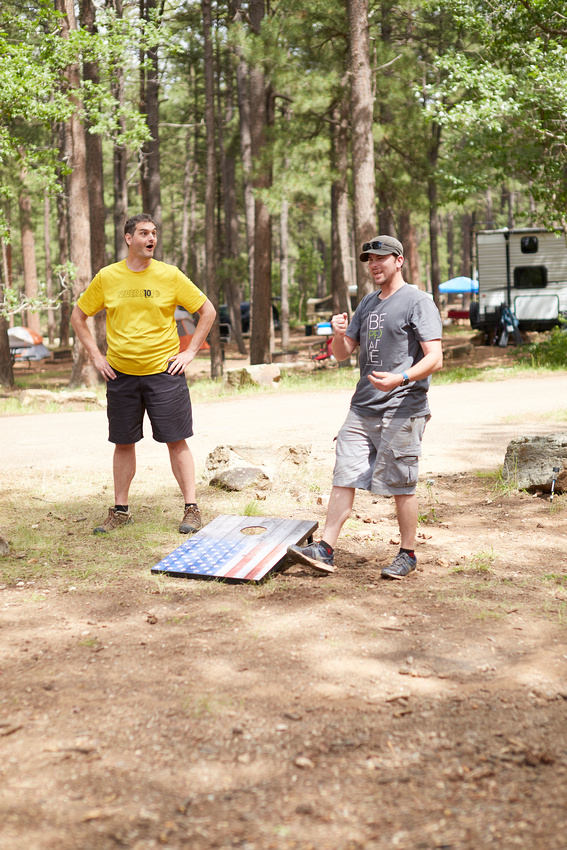 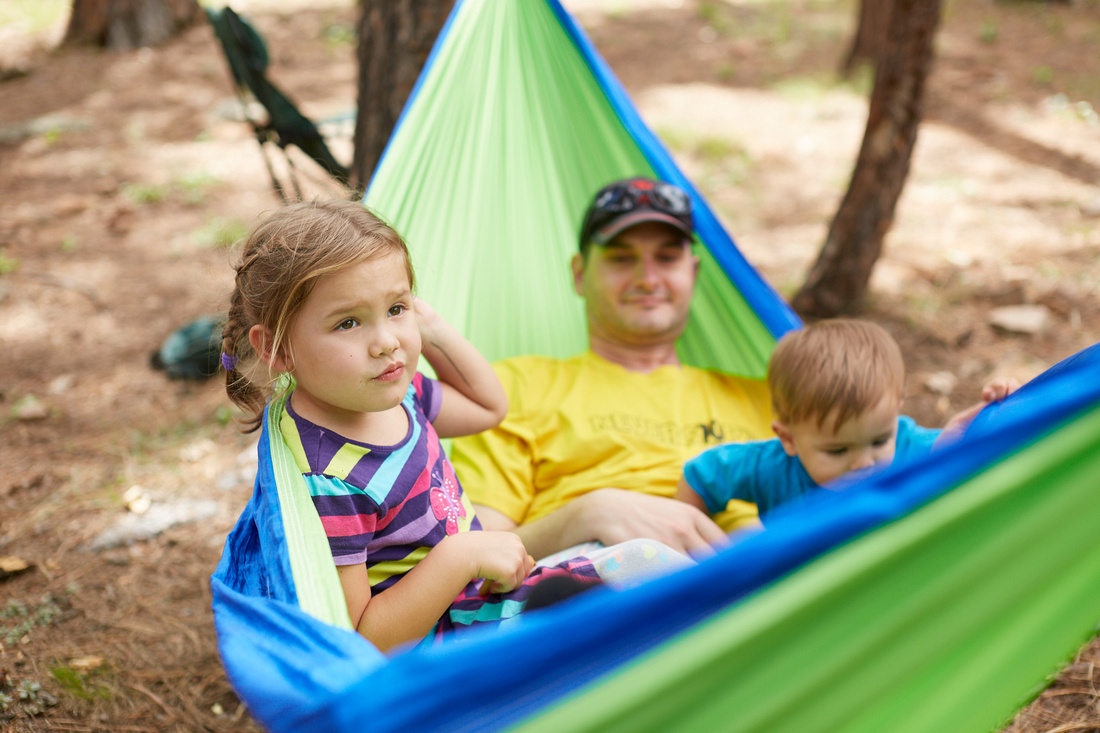 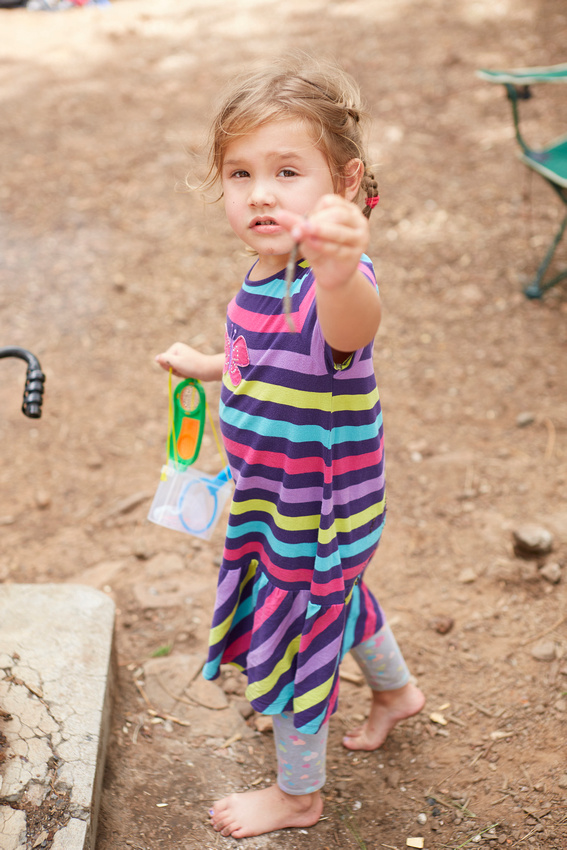 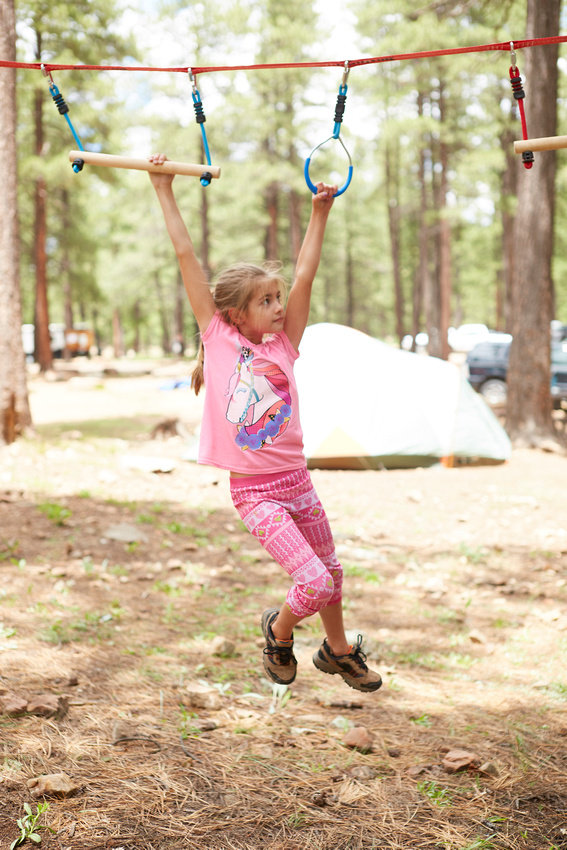 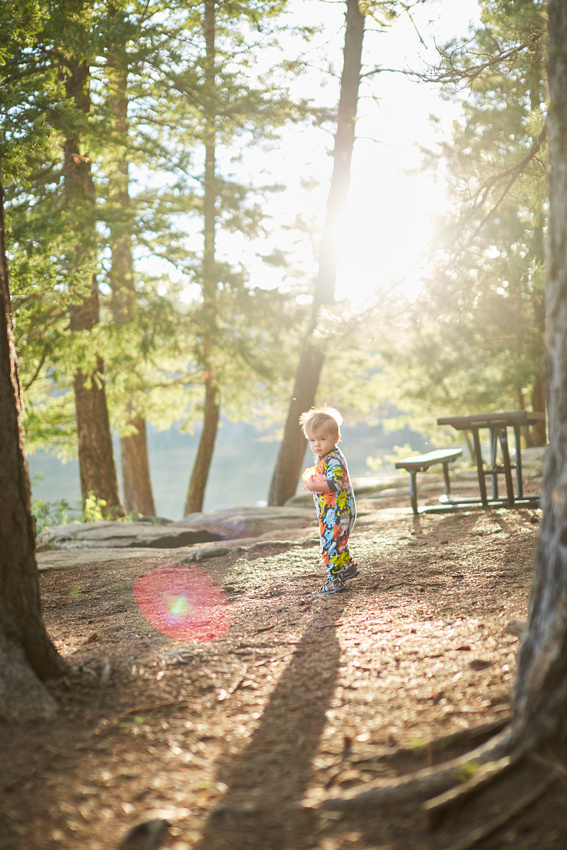 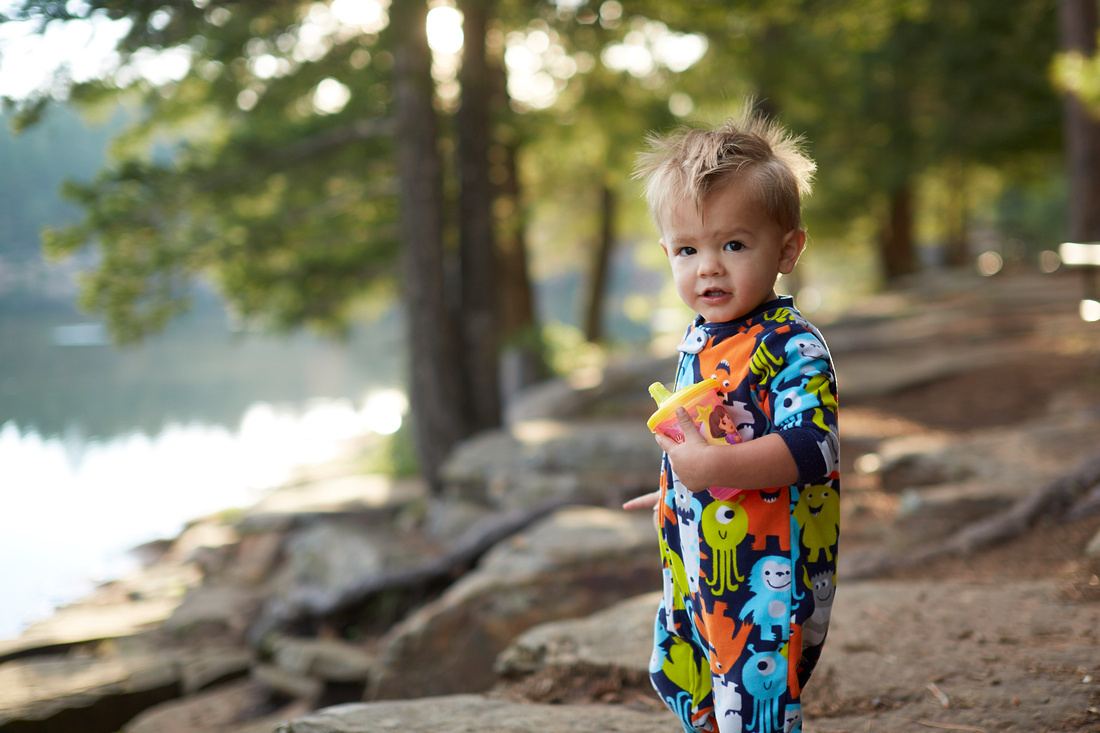 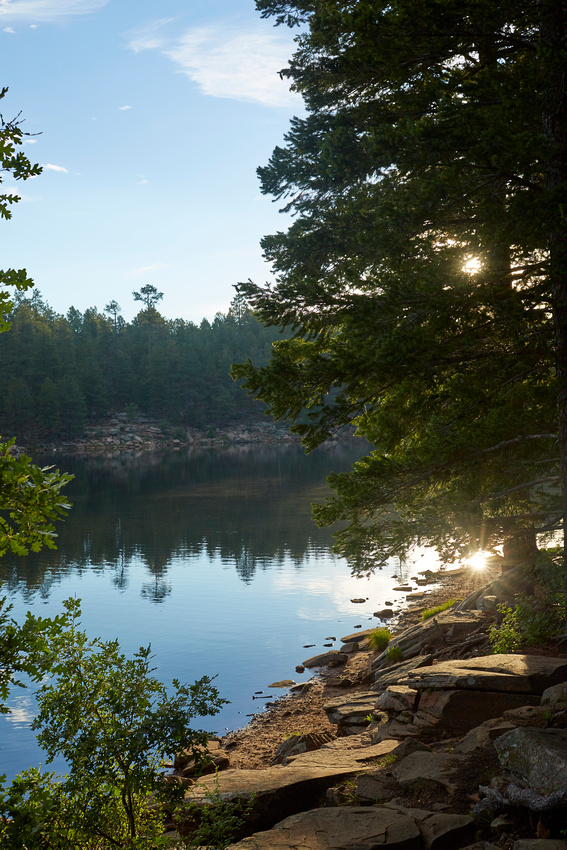 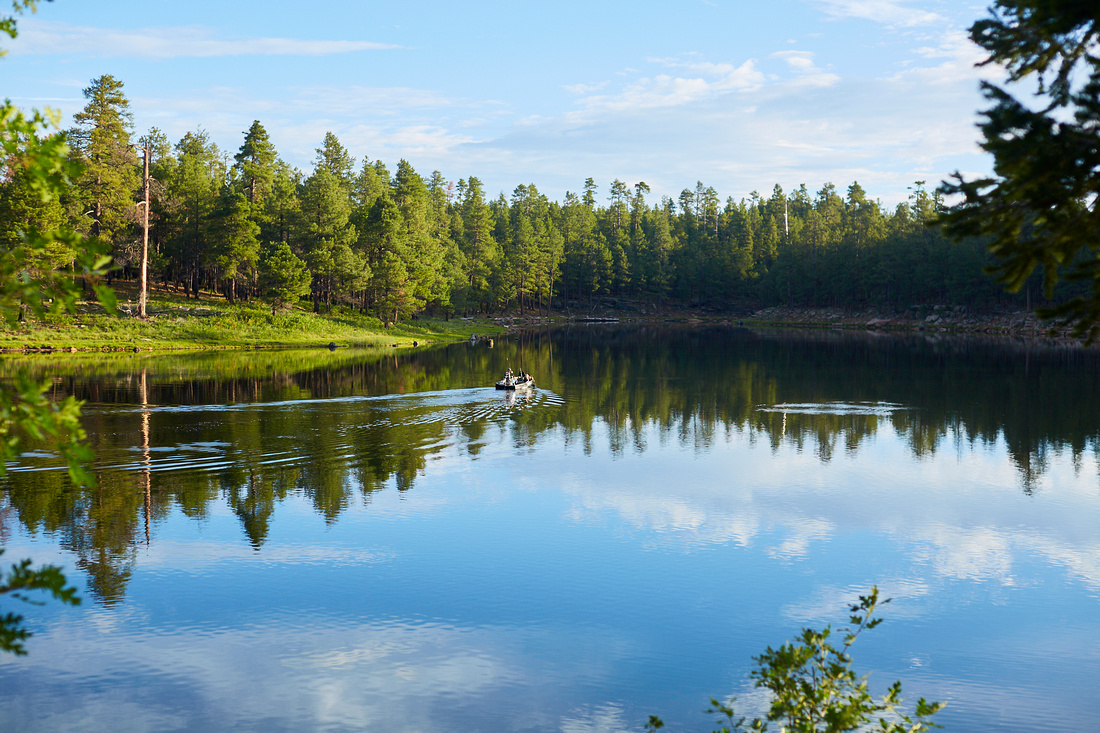 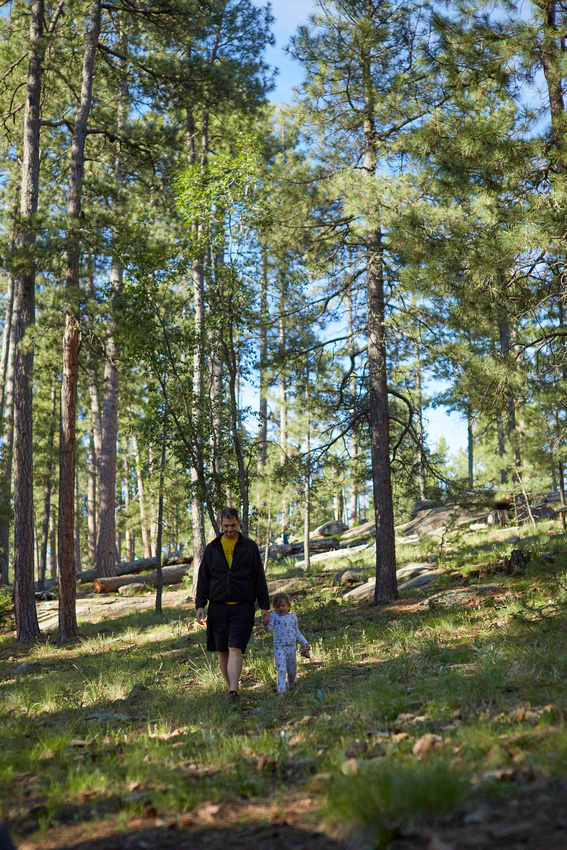 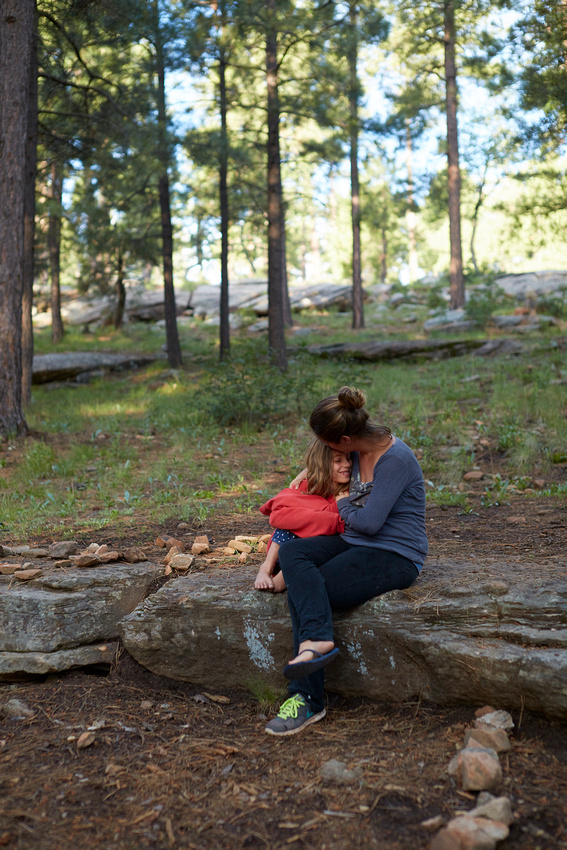 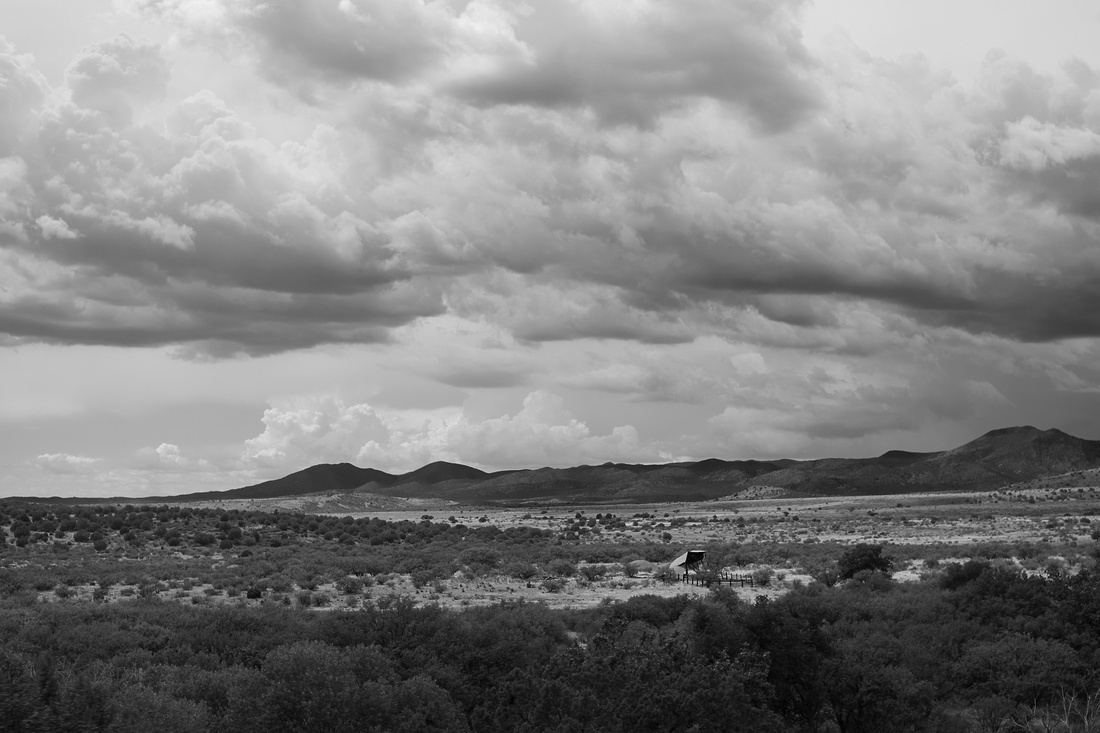