The Tough Part About Being a Pet Parent

Before my husband and I had children, we adopted dogs together. Cleo was one of those dogs. She was not just any dog, she was a retired racing greyhound. Occasionally dogs are adopted then returned, and after she had been with a family for 4 years, she found herself homeless again at 6-years-old. We were looking for a companion for The Pharaoh, our first hound, and she seemed like a good fit. Somehow she found her way from the tracks of West Virgina, to Phoenix, and we welcomed her into our home in March of 2008. From the first night, she settled in and knew she was in her forever home.

Greyhounds are regal, gentle creatures. Cleo was a calm, independent soul who immediately attached herself to me. In the rescue community, you will hear the tearm, "heart dog", referring to the dog with whom you bond the strongest if you have multiple pets. Cleo was absolutely my heart dog. I have never felt such a strong connection with any of my previous pets. She was rarely naughty, with only two vices, digging holes, and eating things that are better left picked up with a plastic baggie on walks. No one is perfect. But Cleo was pretty darned close.

She was our strong girl, tough as nails, protective when needed, but gentle with adults, children and babies. The outdoors always called to her, she loved going on camping trips with us and traveling. Horses and cows were the only other creatures she ever barked at. Apples were her weakness, and we were never able to finish an apple without sharing half of it with her. Once you bit into it, the crunch alerted her from wherever she was in the house, and the click of her nails as she pranced over signaled that you had been caught. Her teeth would chatter and she would whine at you until you shared a piece, or three.

Both of our male hounds succumbed to illness at young ages, and after a heartbreaking short time with our family. Cleo held strong. She was sturdy, large for a female greyhound, and thankfully pretty healthy. She was 11 when our daughter was born.

During those long nights during the first weeks and months of motherhood, Cleo would wander in the nursery and settle in on the floor offering her quiet comfort. As M grew, she loved when Cleo walked into her room, squealing with delight as she sniffed the crib. "Hi Buggies" was one of M's first phrases. Buggies was one of her many nicknames.

Over the holidays Cleo was growing obviously weaker, as she neared 13-years of age, and by mid-January, it was obvious she was uncomfortable and in pain, though she hid it quite well. We came to the most difficult decision pet parents ultimately make if their pet does not pass away naturally. Neither of us were prepared to say goodbye. Being distracted with parenthood, work, life, we took for granted that Cleo would be around forever. The day before our difficult decision, I was in the backyard with Cleo, M and our other dog, Sheba. I knew it was my last chance to take photos of my graceful, gentle hound, and the following collection are some of my favorite photos. It has taken me so long to be able to share the images, but if I keep them to myself, Cleo's memory does not live on. Thank you for nearly 7 wonderful years, Cleo Bug. We miss you and hope you are running free with The Pharaoh and Quixie. 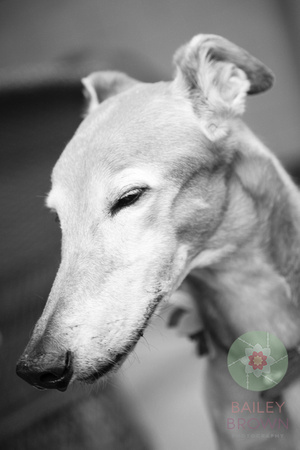 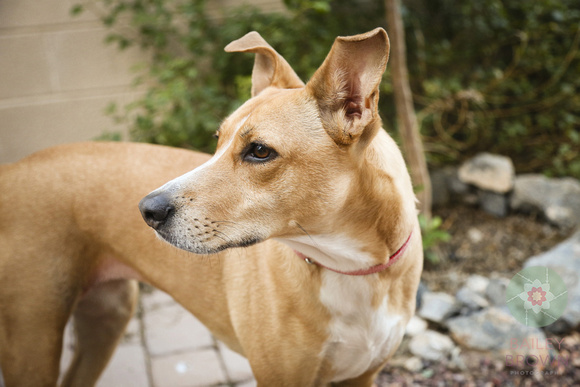 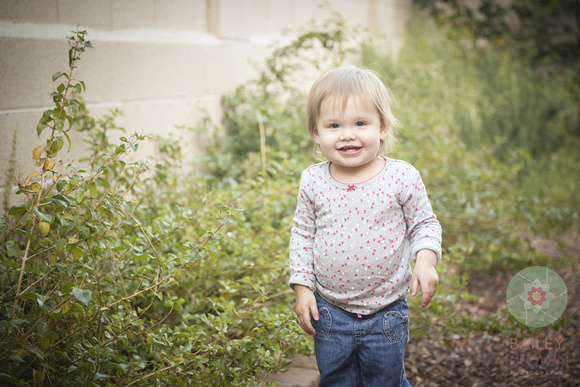 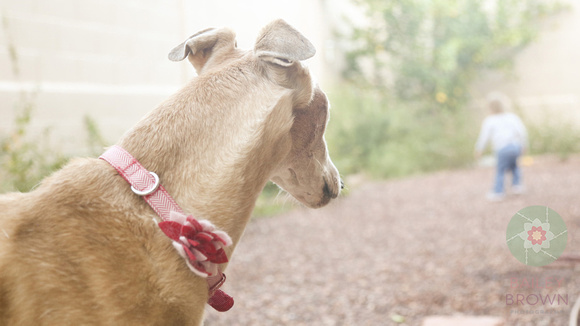 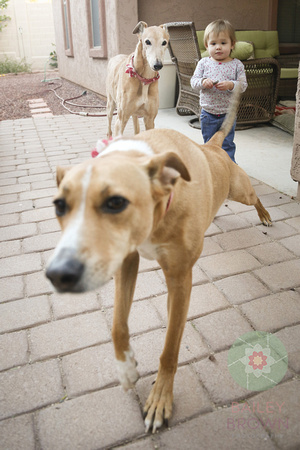 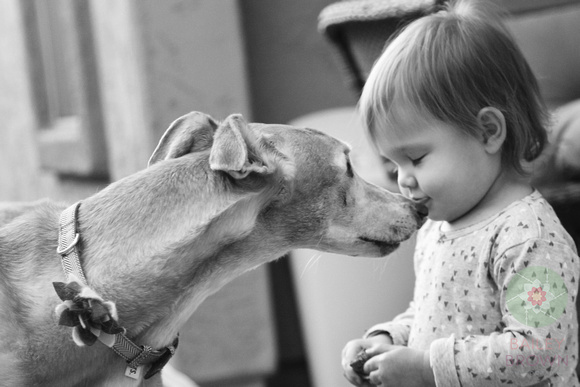 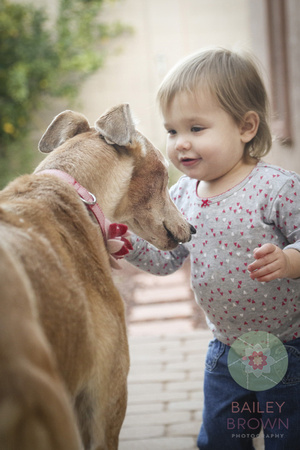 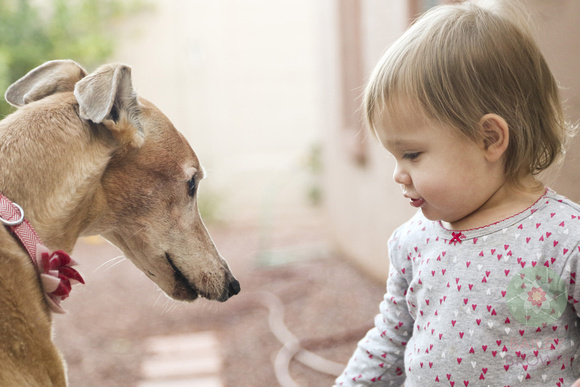 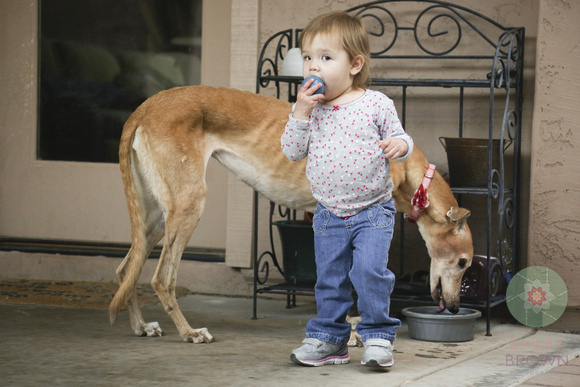 I am not a huge fan of M picking things off the ground and eating them, but sometimes you just aren't fast enough.