Storm of the Century?

I woke up around 2AM to loud thunder and bright flashes outside the bedroom window. Realizing it was a storm, I rolled over and fell back asleep until my alarm woke me up at 5AM so I could run before work. At 4:59AM it was still raining very hard so rather than get up anyway, I went back to sleep... until several urgent texts from Gma and Gpa arrived, urging me to try to avoid work because ALL FREEWAYS ARE CLOSED!!!!!!

Stay home? Don't drive? Isn't that a bit over-dramatic for a rain storm?

Well, they were kind of right, some sections of major Arizona roadways were indeed closed and people were indeed in trouble due to flooding. Husband and I decided to give the commute an attempt. Despite some flooded areas near the house, I was able to take back roads and side streets to arrive at the office only 45 minutes late. The drive home was uneventful, despite the grumpy toddler who joins me on my commute vocalizing her displeasure in my failure to provide her with crackers to snack on. Here are some photos from our adventure to and from work. 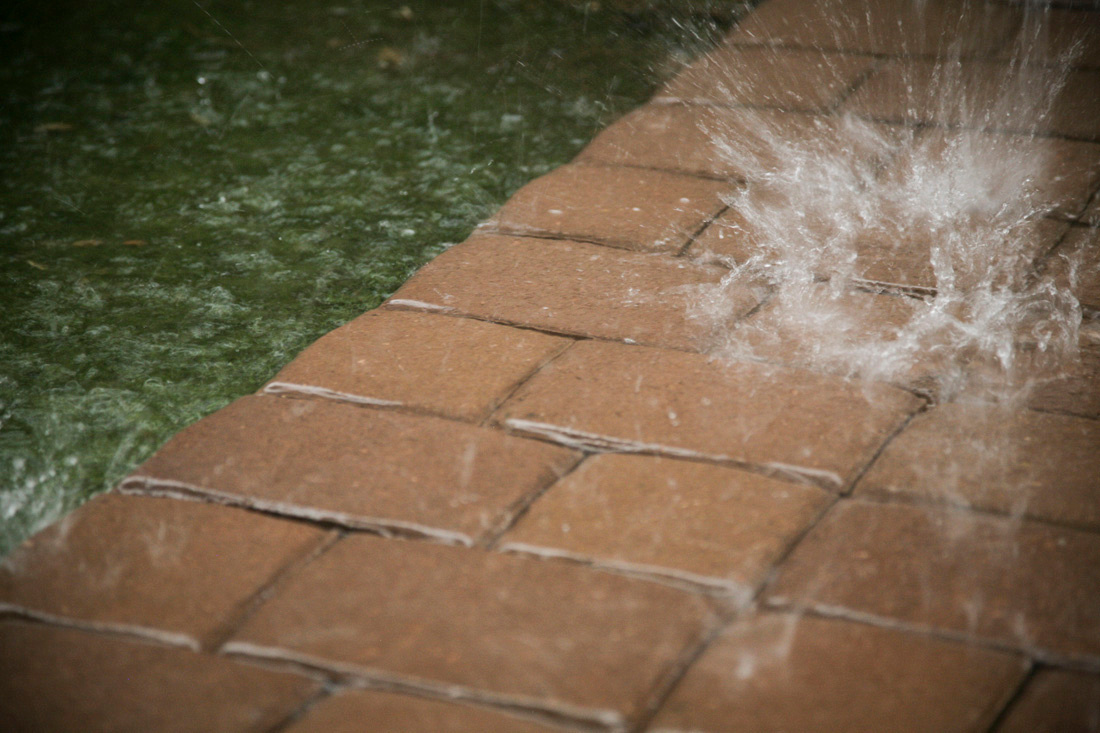 Splish SplashBackyard pond rising up to the cobblestone. Luckily the water did not rise much higher. We were fortunate. 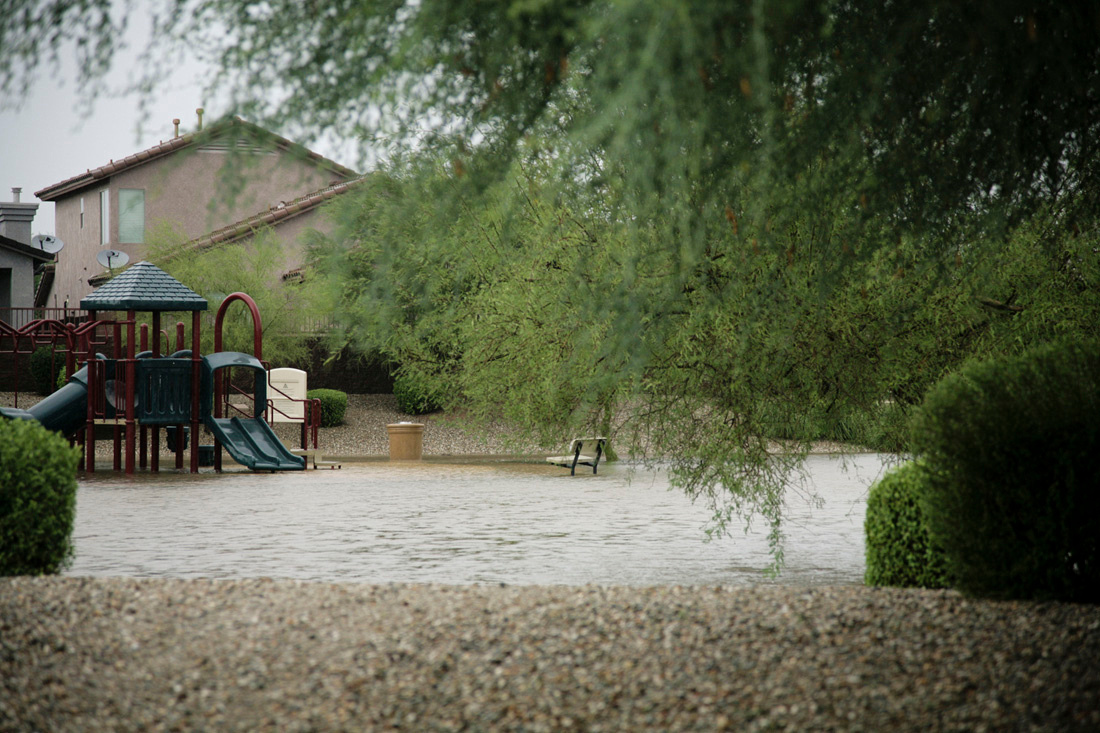 DirectA playground with a low-lying area just to the other side of the bench. I have never seen water rise that high. 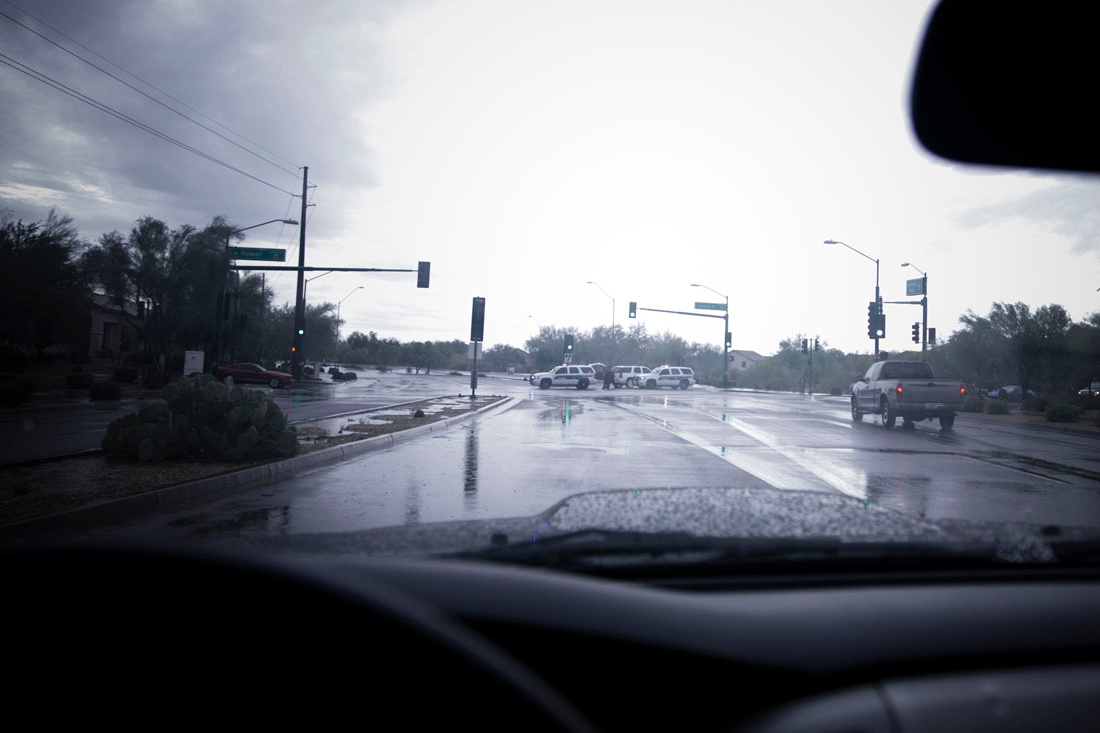 Cop CreeperI was too scared to take a photo of the police working tirelessly to make sure no one else submerged their vehicle in the flooded road... so this was as close as I got before turning around.

During my lunch break... 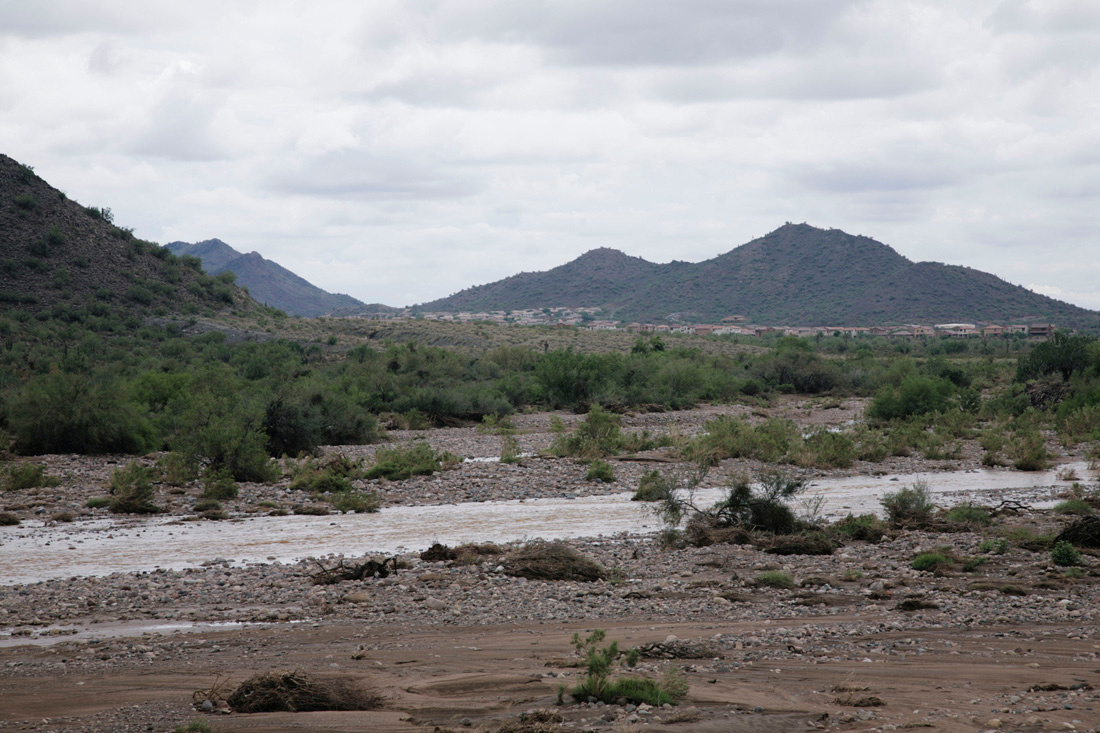 Flow of the New RiverNew River has been bone dry since we have lived in the Northwest Valley. After the storm, it was a full-fledged river! New. River. New River, is actually a river in times of heavy rain. Who would have guessed? 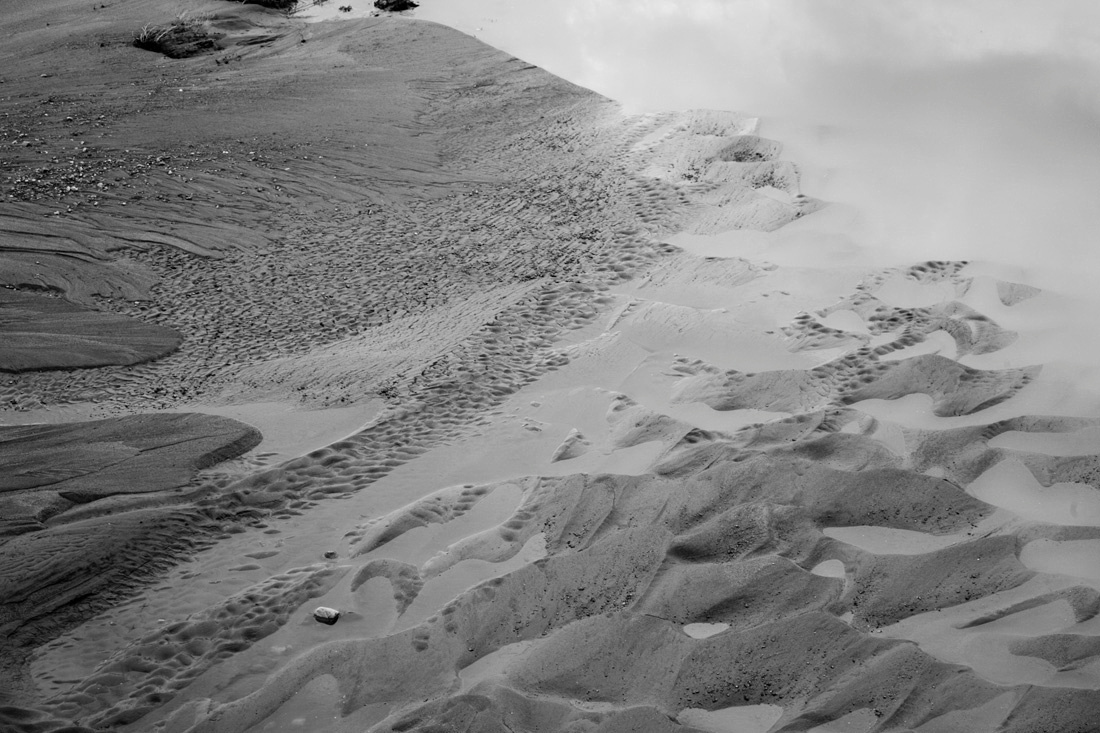 Pretend You See a BeachThe last snapshot I took before being afraid I would be hit by a passing car as I shot from the road. I wanted nothing more than to go home, break out my dirt bike, get closer to the river, and hopefully not wipeout, or become stuck in the mud... or hit a rattlesnake.

On the drive home...

Up a Creek in Suburbia As I rounded a corner on the "backway" home, I saw a bunch of kids playing in the water that had filled a normally grassy area. I love that this kid had a little raft.

Pop Up LakeDo you think the homeowners can claim they have "waterfront" property when they decide to sell their homes? It was amazing to see people jumping in the water and swimming around. I really wanted to bring our kayaks down to the water. 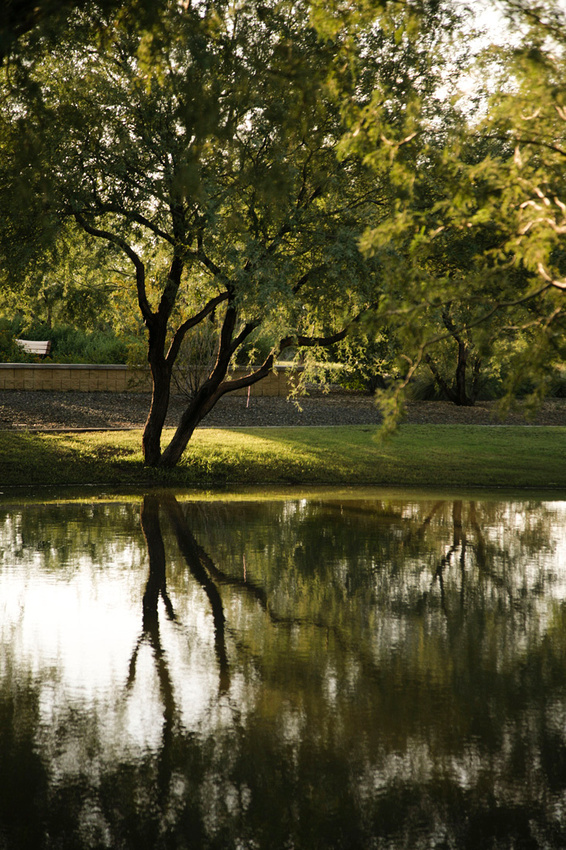 MesquiteA snapshot of one of the many mesquite trees growing around the parks in our neighborhood. Its reflection is in a crevice that is normally quite deep and quite dry. During other times of heavy rain, I have encountered javelina and coyotes using it as a watering hole in the wee hours of the morning.